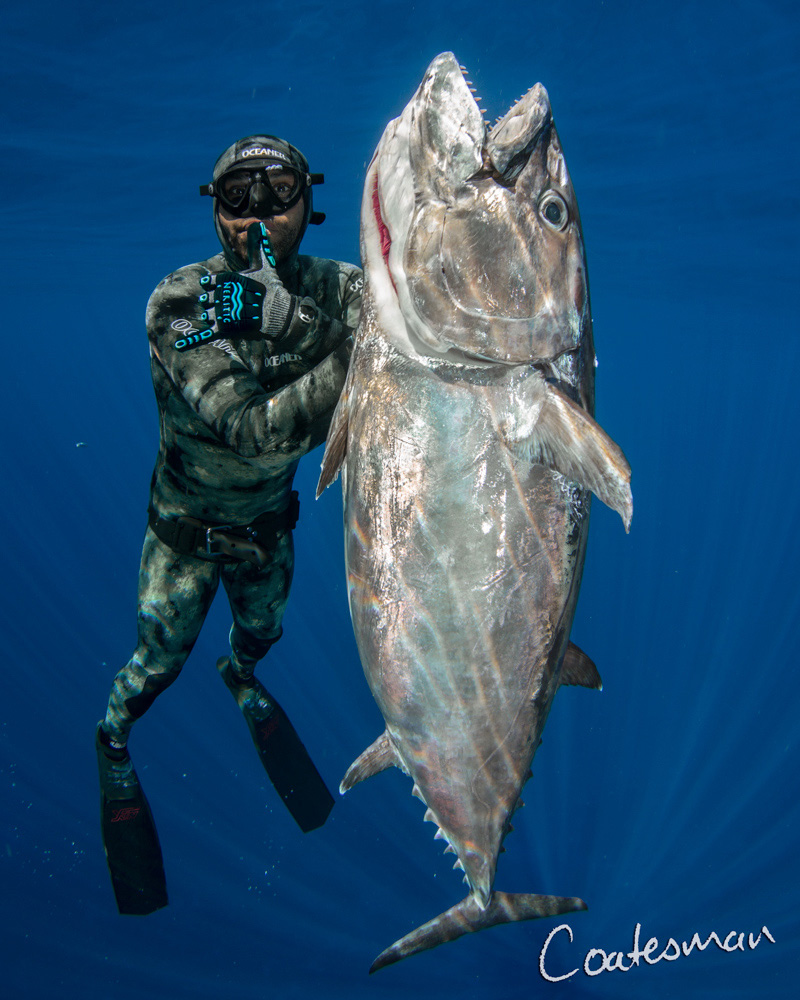 If you are like most spearfisherman, ticking the Dogtooth Tuna box is high on the bucket list. Dogtooth Tuna however are pretty hard to find. Harder to shoot, and harder still to land. Making them the trophy fish over all trophy fish in the spearfishing world. That’s where my spots off northern Madagascar come into play. Castor Banks is a vast area, and I still have many secret places that don’t get any fishing pressure. This means that it is almost guaranteed that you will see lots of Dogtooth Tuna there.

We also have unique ways of approaching the fish in the area and some spots we even get the doggies to the surface. Watch the video

I will then personally guide you through every step of the way to shoot and land the Dogtooth of your dreams. 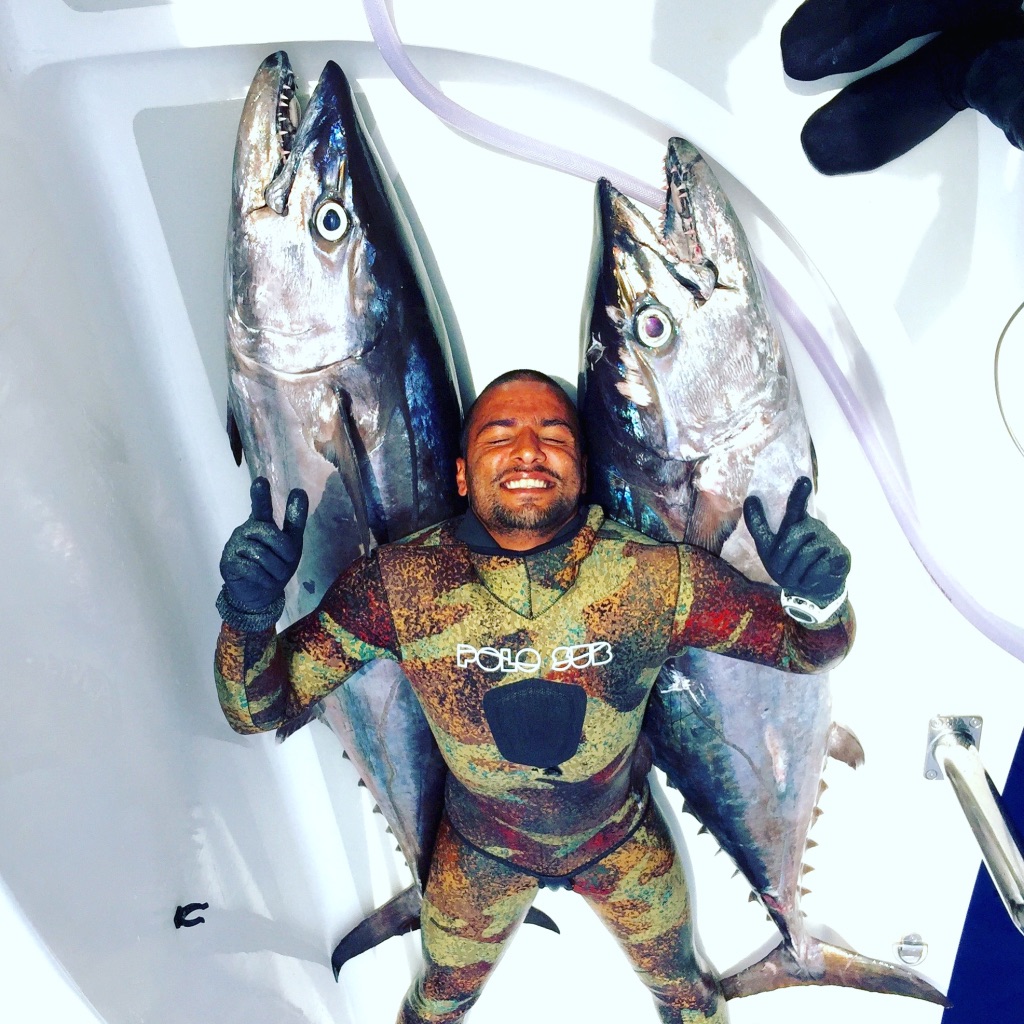 Where to Dive for Dogtooth off  Madagascar 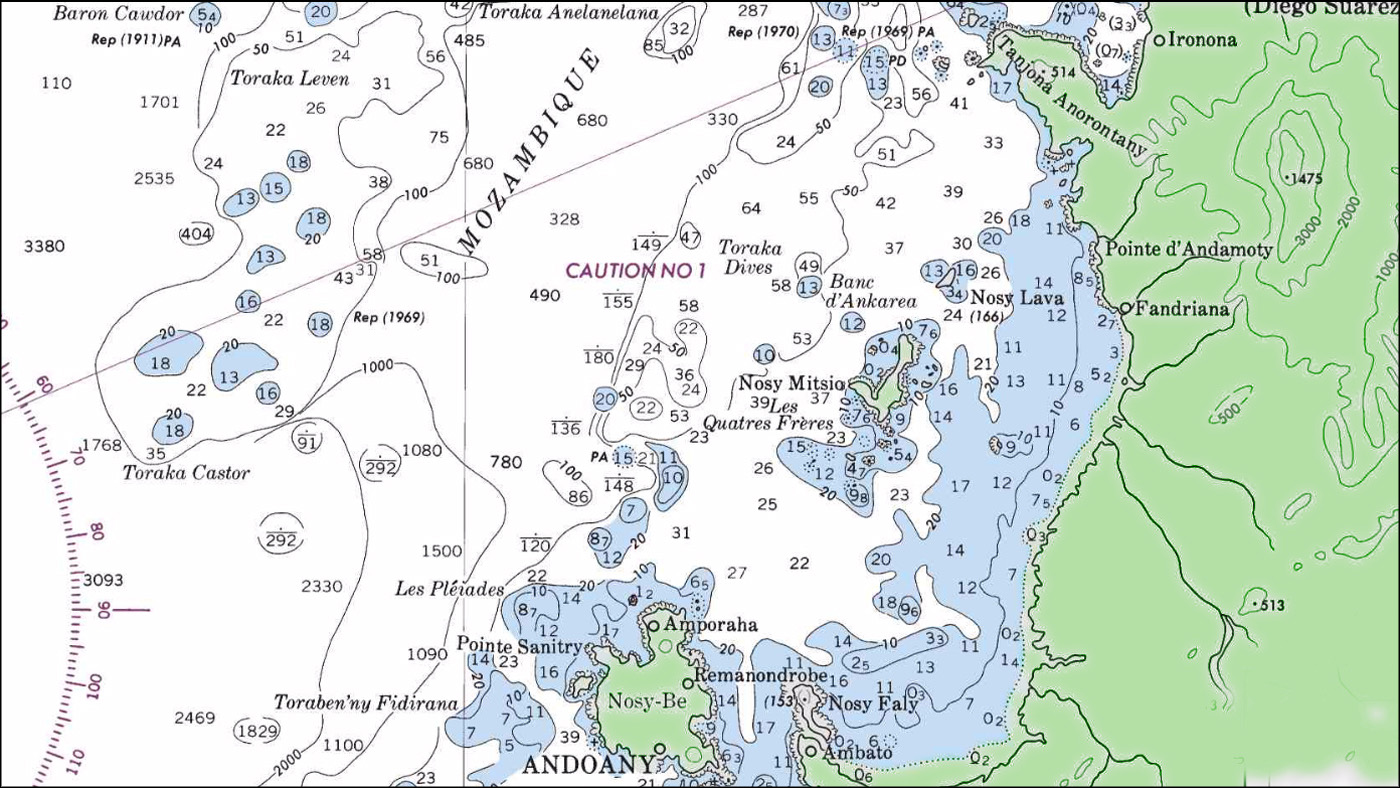 Castor is famous for its Dogtooth Tuna, Marlin, and Sailfish. There are few places in the world that will compare to the numbers of great fish you will see here.

The reef comes up out of hundreds of meters to around the 20m with the od bump and area coming up to as shallow as 15m.
This means that on slow current days or if you just want to do something different then hunting reef species is exceptionally good on Castor. With large coral trout, groupers, jobfish, and snappers being the main target species.

Toraka Castor is a massive area 80km (to the nearest point) north west of Nosy Be. This makes it a long haul to drive out for the day. So we prefer to use live a boards to dive off. This way you get to dive at first & last light without having to spend most of your day driving.
Because of Castor Banks is so vast finding the spots that are working on any given tide has taken years to work out. This means that there is even a chance that you never dive the same spots more than once on a trip as we follow the current changes. This makes for exciting diving with never a dull moment. 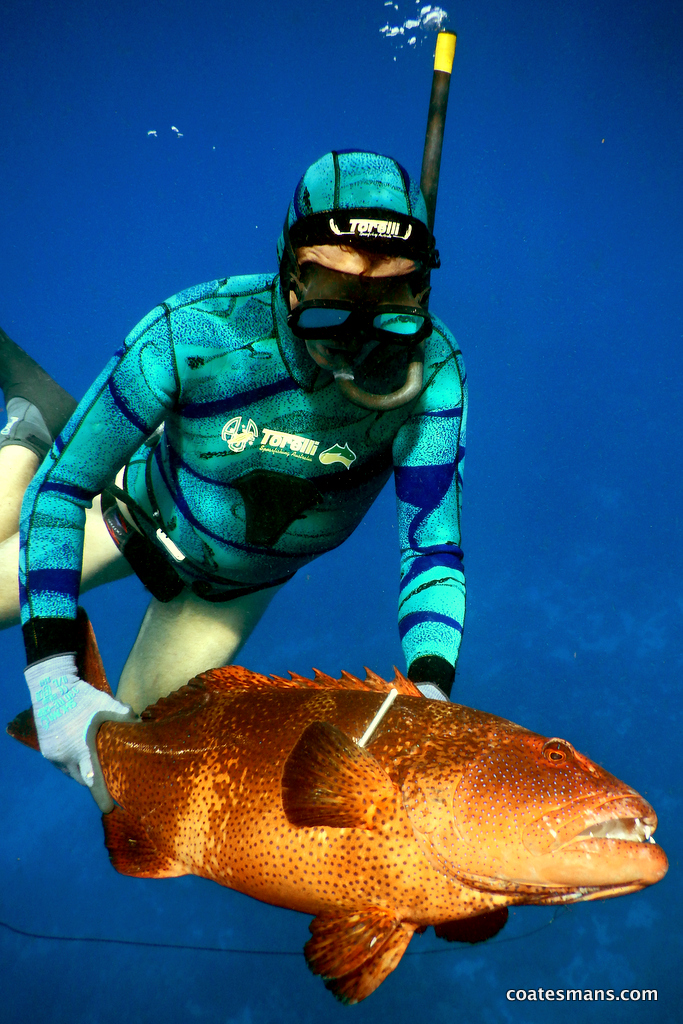 Tokoka Anelanelana is a smaller bank west of Cape San Sebastian. This puts this area closer to the prevailing easterlies that wrap around the northern tip of Madagascar. Making it harder to get to dive. But when conditions permit this is a great place to hunt giant Dogtooth tuna.
The reef only comes up to 28m and for the most part this is an area for more skilled divers. Spot X is our go to dive site with large Doggies up to 100kg been seen there.

This long reef forms part of the drop off that extends from outside Cape San Sebastian all the way past Nosy Be. There are some great drop offs that produce some good wahoo and other pelagic fish.

There are loads of small bumps and reefs near the Mitsio Islands, which are good for Spanish mackerel and Trevally species. There is also a good spot for sailfish if the weather is too bad to get out to Castor. The water here can be a little green as it is affected by the tides.

There are a number of good dive locations around the island. But they are very tidal and you have to work hard to get your fish. For this reason we don’t focus our efforts here, and rather head out to the untouched reefs only accessible with the live aboard. 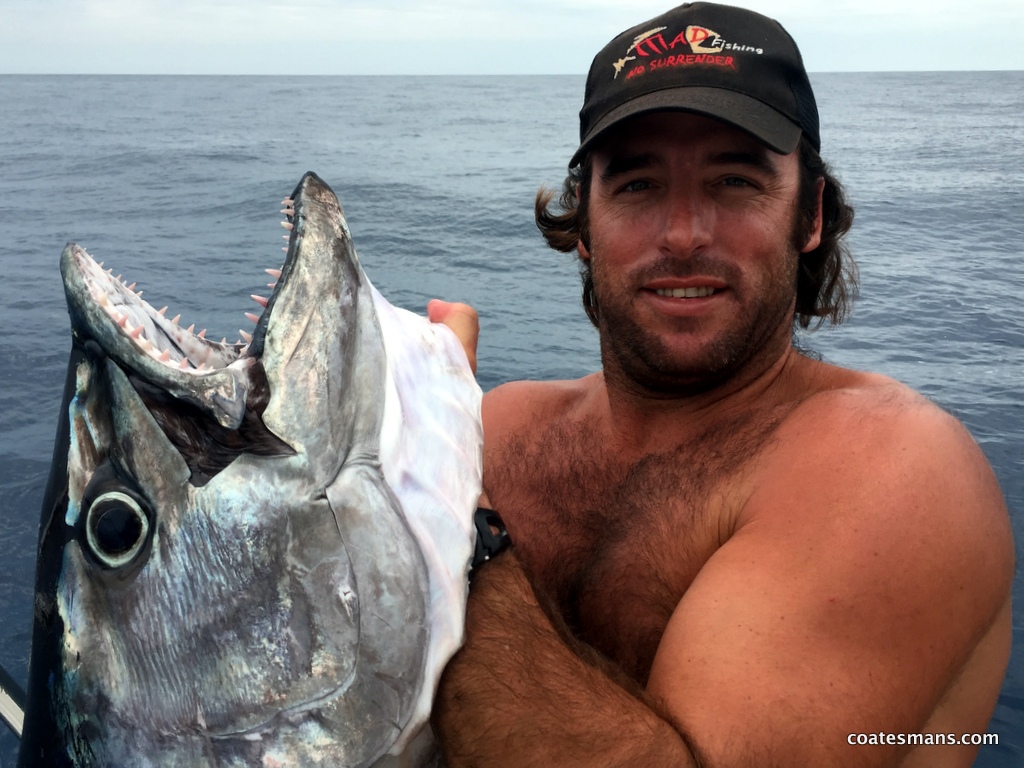 Chris prides himself in his charters, and his trips you will never compete with a guide to shoot fish. You can also rest easy knowing that the guy in the water with you has a world of experience, and has dived with some of the best Blue Water hunters of our time. There is no substitute for this experience and knowledge, especially when taking on the fiercest opponent in the sea, the mighty dogtooth tuna.
Since 2012 Chris has also teamed up with Paul Jorge to skipper his charters in Madagascar. Paul has been fishing and diving in Madagascar professionally for Dogtooth Tuna for over 15 years, making him the go to guy in Madagascar. Between the two of them there is no where they have not covered, and their combined experience of over 20 years in the area makes them the best team for your next dive trip.

The Luxury Catamaran for Spearfishing. 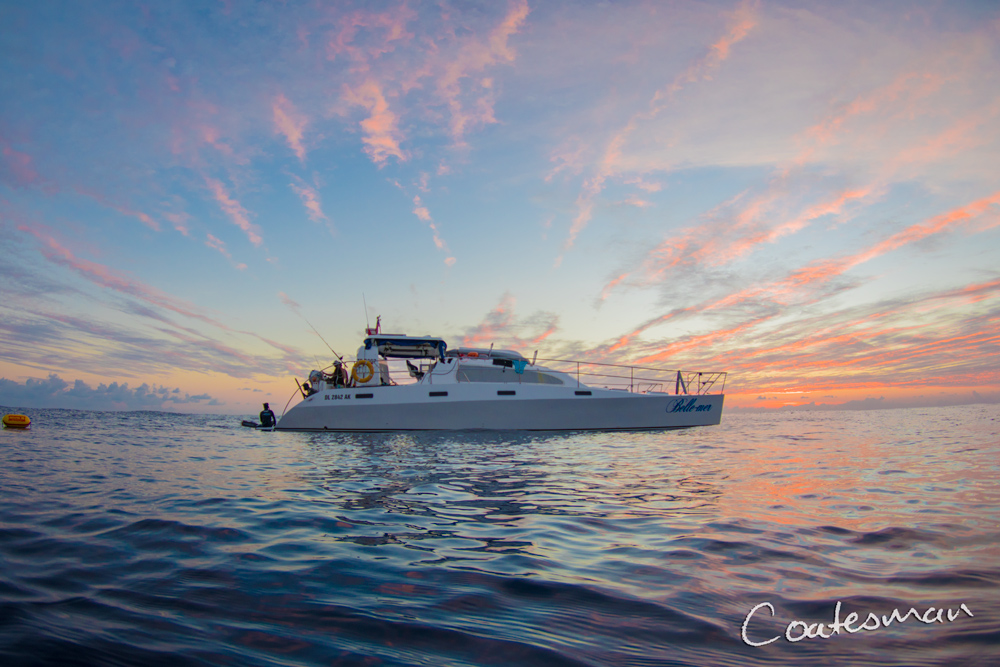 This custom 56ft motor cat (NEW 2017) is ideal for spearfishing as it has a huge fishing platform area which incorporates superior water access with luxury accommodation.

Quotations are given according to the Exchange Rates ruling at the time.